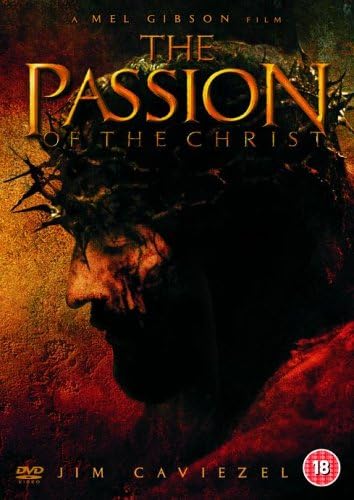 Available on DVD, the film The Passion of the Christ (2004) is still polarising Christians in their views.  Some Christians were so against the film that they encouraged people not to see it, calling it a work of Satan and went to the greatest lengths to point out everything that could be bad about the film, whilst ignoring anything that could possibly be good.  Other Christians praised the film and, whilst acknowledging that there are many things in the film that have no Biblical basis and even a small number of things that are actually historically incorrect, still said that the power of the film itself is in the bringing people face to face with the price Jesus willingly paid to buy our salvation.

We held an evening’s discussion group to talk about issues raised by the film.  There was interesting conversation ranging from the deep affect it had on people, the small number of historical or biblical errors in the film, the imagery behind the portrayal of Satan, the barbarism of the scourging, the wonderful and insightful portrayal of Mary, the flashbacks, the tomb scene to the main comment of the evening that for Christians the film was a faith-deepening experience.   A quote in the Christian Herald by Jo Glenn said “Mel Gibson – you have placed the crucified Christ at the centre of our cultural life, in every newspaper and cinema - credible, controversial, contemporary, cutting edge.  Now may he rise, walk from that dark tomb and set the prisoners free.  That’s where we come in.  Mel’s made an impressive start, let’s try not to mess it up.”

God gives his church a toolbox full of equipment to use to turn the lost into the found and the faithless into the faithful.  The film The Passion of the Christ is one of these tools.  Our job is to see the film and then use whatever we bring out of the film as a tool to tell people the Good News.

For me, it would be a great loss and a wasted opportunity if all we did was focus on all that was wrong about the film, rather than take it as a whole package and accept that nothing in life is perfect but there is good to be found.  Much of the criticism that came out – particularly anti-catholic – makes me believe even more in the power of lighting a candle instead of shouting at the darkness

Pray with me that the waves that this film has caused will overall prove to have been good for the King and his Kingdom.